How Frank Giannino Set A World Record Running Across the U.S.

How Frank Giannino Defied The Odds And Set A World Record Running Across the U.S. 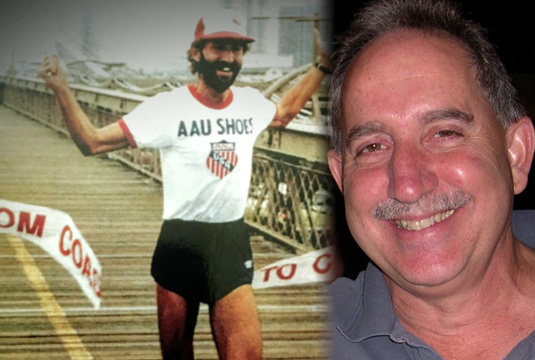 So today I want to introduce you to a guy by the name of Frank Giannino.

I wanted to bring Frank on the show for a few reasons.

The first reason is, he ran across the U.S. not once but twice. And on the second run, he set a Guinness Record (you can hear how fast he did it in the podcast).

And I wanted to know why and how he did it.

That’s because his runs across are just like running a business. It’s grueling, it’s not a sprint, and there are times that just want to throw in the towel.

Sometimes it’s just really good to hear a great story of overcoming the odds and finding inspiration in that.

That’s because in business and life…

Sometimes we all need something to inspire us when things get a litte bit overwhelming.

And with Frank’s transcontinental run(s) there were some pretty intense challenges.

So finding out why he decided to do it and what got him through it was fascinating.

Now, I know this episode is a little different from the normal ones but it’s one really worth listening to.

Because how many people do you know would decide to something like Frank did, not once, but twice? And in the process setting a record.

Oh, and get this…

He did it 40 years ago without all the fancy training protocols, equipment, and in-depth knowledge that we have today.

So dive into this one with Frank Giannino. You’re gonna Love it.

If you want to read up on the full story make sure you pick up Frank’s book on Amazon.

You can also get a free chapter by going to www.recordbreakingrun.com

And if you want to connect with Frank you can find him on Facebook.