Are You Stuck In The Void?

Are You Stuck In The Void? 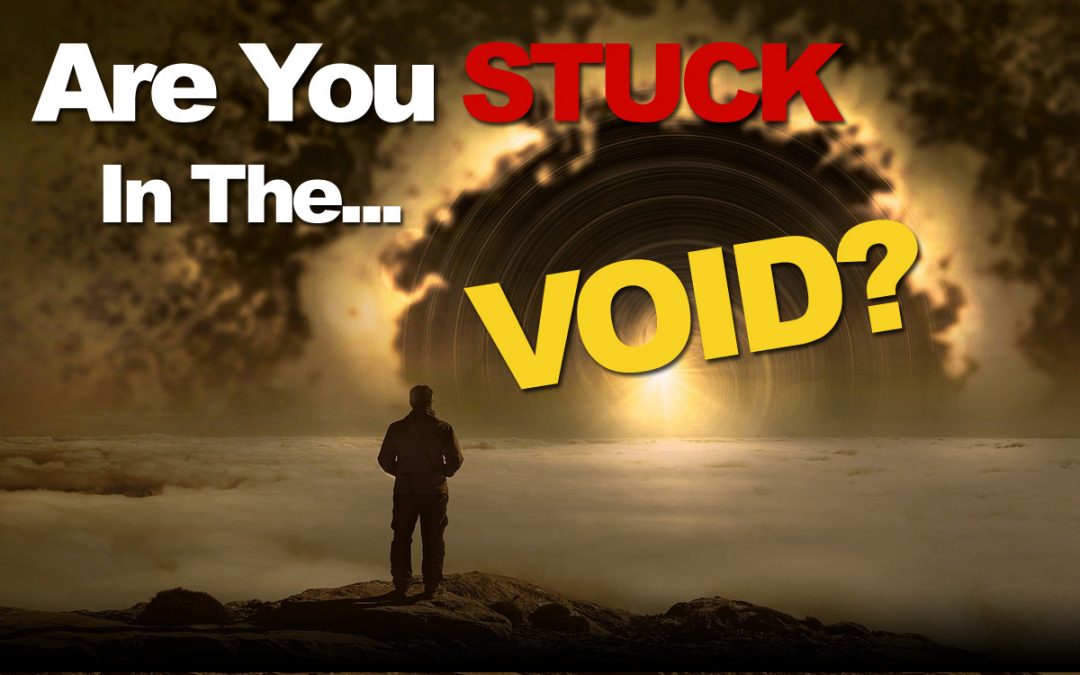 So are you stuck in the void?

So I wanted to break down what it is for you and if you’re stuck in it how you can begin to work your way out of it.

Because I’ve started to see that all the people I’ve spoken with over the years, a shit ton of them have been in the void, and are still mucking around in it.

Here’s a quick question for ya…

Ever feel like something is missing from your life, and that something just feels off on a deeper level?

Well, if so then that is the VOID.

It’s not just people who work for the man and have jobs that are in the void.

In fact, it’s a lot of entrepreneurs.

And in this podcast, you’ll truly understand what the void really is, how it’s created, and how it’s impacting so many entrepreneurs and other people out there.

Ever wonder why someone who is richer than shit and has everything is still miserable?

Well, after listening to this episode, you’ll know exactly why.

From my perspective, this void is something that’s not really covered much.

But it is one of the biggest challenges you, and most people will face in your life.

Now, this is just a theory…

But I also think certain levels of mental illness stem from this as well.

So I feel this is a REALLY IMPORTANT topic to cover.

Hopefully, you’ll understand why after listening to this episode.

Listen To This Episode On The Void Of Life

There are a few more things that are important to know about the void of life.

The first thing is in the western world most of us are led into the void without even knowing.

It’s a lot of cultural and societal practices that push us into the void.  The scary part is most of us have no idea this is happening.

But being in the void is not the end of the world.  Wanna know why?

That’s because that’s where a lot of entrepreneurs and employees live every day.  It’s just become normal and they’ve accepted it.

You can survive and thrive in certain parts of your life while still being the void.  But if you want to feel fully alive, you’ll want to find your way out of it.

So make sure to check out this episode if you haven’t already.

Then once you do, see where you stand.

If you’re there and you’re stuck in the void it’s OK. It’s not a bad thing.

It’s just something that you have to work on and find you’re way out.