So a few years back, I had the awesome opportunity to speak at a big event in the fitness industry.

I had a lot of fun, even though my presentation and slides shit the bed. So I had to make up a presentation on the spot. Talk about stressing out.

Anyway, I spoke about success, and what all successful entrepreneurs have in common.

After interviewing hundreds of them up to that point, there was a bunch of common themes I noticed.

So that is what I presented on.

And all the usual success stuff we hear.

Well, it’s been a few years since that event.

After interviewing a ton more entrepreneurs over the years,  I noticed a few more things about successful entrepreneurs that needed to be shared.

Now this is very different from any other success post I’ve ever seen. So I’m just warning you. It may piss you off, and you may disagree.  But that’s cool.  These are my observations and notes from conversations I’ve had after talking with thousands of successful entrepreneurs over the years.

I wrote this so you could see the truth about entrepreneurs and what many of them will never admit. Especially when it comes to what it really took for them to find happiness and success.

Obviously what you read below is not about every single successful entrepreneur. But they all deal with at least a few of the items below.

Oh, and an interesting note…

It’s many of these things below that made them who they are. These are the real truths.

If it wasn’t for a lot of these things, they would never be where they are today.

So here ya go…

They Feel Like An Impostor – Ah, the good ole’ impostor syndrome. There are so many entrepreneurs that deal with this, that it’s almost an epidemic. They could have more money than they know what to do with, but they still feel like they don’t belong doing what they’re doing, and that they are going to be found out. The good thing is, this feeling can drive them to get better and better at what they do. And many times, this is what makes them great.

Pretty crazy list right? Not what you expected to hear about success and happiness from entrepreneurs huh?
But it’s true. They are all human, and they experience the same things that everyone else does. It’s just that we’re taught as a society that these are “bad things” and to “not talk about them.”
The funny thing is, we do need to talk about them.
That’s because it’s these things that hold all of us back. Even the most successful entrepreneurs.
And I’ll be the first to admit it, after reading through this list again, I’ve probably gone through every one of these myself multiple times. And I’m still working through some of them myself.
But I’m perfectly O.K. with that. It’s all part of the growth process.
But the important thing is learning how to work through or overcome a lot of these obstacles. Because if you don’t, you will never reach the level you want to get to.
It’s not the tips, strategies, and techniques that will take you to the level you want. It’s you!!!
It’s your belief in yourself…
It’s bettering yourself…
It’s accepting that you can always improve…
It’s your mindset.
That’s what will get you where you want to go.   And it’s these things that I work with and have my clients overcome. Because once those things are clear…
Success, growth, and living the way you want gets a lot easier.
Now I understand, some of this may be tough to believe. That’s cool though. The beginning of the conversation starts with just being aware of these things.
Once that door is open, the journey is more fun than you’ll ever imagine.
And if you’d like to chat with me about that journey or how I could help you build that successful lifestyle/business, just click on the image below, and we can hop on the line for a bit. 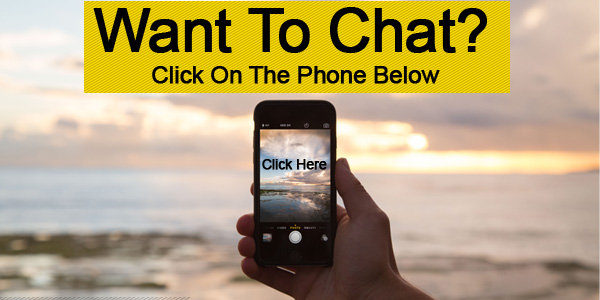